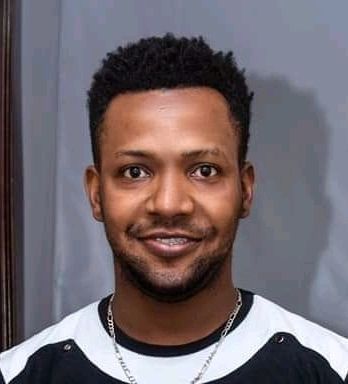 Summary: Michael Sambola is a Sierra Leonean investigative journalist and media personality whose fearless reporting exposes corrupt practices in Sierra Leone—work that has had a huge impact in the country. Sambola epitomizes objective and credible journalism, and represents the true voice of the voiceless.

Profile: Michael Sambola is a Sierra Leonean investigative journalist and media personality whose fearless reporting exposes corrupt practices in Sierra Leone—work that has had a huge impact in the country. Sambola epitomizes objective and credible journalism, and represents the true voice of the voiceless.

Sambola’s journalistic journey began in 2002, after the rebel war ended. Featured then on children’s media programs, Sambola became a compelling voice of hope to adults and children alike. Since then, Sambola’s investigative reporting has exposed scandals regarding food hygiene, political corruption, embezzlement and more.

His reporting on child brides, for example, generated a nationwide debate on the human rights of children and drew the attention and contributions of human rights activists and civil society organizations. Another report uncovered the systemic corruption by some state officials on managing Freetown’s energy grid.

Sambola’s ambition to make his society a corrupt-free place has not been easy to achieve, especially in a country that has repressive media laws and threatens the existence of undercover reporting and anonymity. Unsurprisingly, some people have tried to silence Sambola with money and other tempting gifts and offers. On many occasions, he’s been offered over Eight Million Leones (USD1000) by corrupt officials to kill some corruption-related stories—a great fortune in a country where the majority of the population lives in poverty. He rejects the bribes, remaining dogmatic about fairness, credibility, integrity and objectivity. He believes that he owes society the truth and that means reporting the most secret of corruption scandals.

Sambola battles with a number of challenges. Working on an investigative story, for example, can demand a lot of funding and he has to struggle to find it given his limited resources. Then there are the country’s hostile media laws, especially the 1965 Public Order Act which criminalizes libel. Sambola has also faced death threats for releasing important information to the public about corrupt officials.

Notwithstanding these challenges, he pushes himself to the limit to fight what he calls “the state’s fiercest enemy” which is corruption.

Sambola has turned down many opportunities in order to pursue his investigative journalism, including an opportunity to move to the United States. His commitment to his work, and his reputation for courage and audacity, have gained the public’s respect, not just for himself, but for the journalism profession.

Sambola’s skills and knowledge have inspired, trained and enabled many young journalists across Sierra Leone who have enormous respect for his professionalism and personality. He has mentored a plethora of up and coming reporters at Radio Democracy, one of Sierra Leone’s most vibrant pro-democratic radio stations.