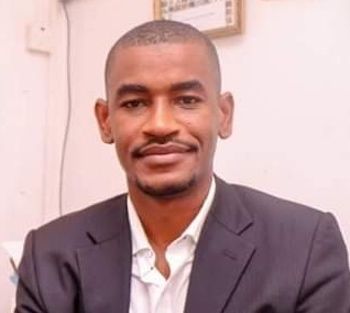 Summary: Murtala Mohamed Kamara is a journalist, entrepreneur, rights activist, and humanitarian. He founded Salone Jamboree in 2009, the first Sierra Leone-owned online newspaper showcasing Sierra Leonean arts, entertainment, and tourism. Despite death threats and funding issues, Kamara leads efforts toward social cohesion, alleviation of poverty, the reporting of corruption, and the rehabilitation of women in prison.

Profile: Murtala Kamara is an activist, using his skills as a journalist to inform the people of Sierra Leone about issues that matter—issues that they may not have even previously recognized. “For me, Kamara says, I always want to make a difference in society; I look at existing gaps and I seek to fix them.”

Born in Tongo Field, a famous diamond mining town in Eastern Sierra Leone, Kamara fled to Guinea while evading the rebel incursion in 1992 and returned a year later to settle in Freetown. He worked briefly for the Independent Observer, a local tabloid, and in 2009 he established Salone Jamboree, the first on-line newspaper in Sierra Leone featuring arts, entertainment, and tourism. But Salone Jamboree does more than that: it provides a platform for young Sierra Leoneans to showcase their talents and to advocate for justice, including hosting events, such as Salone Social Media Awards, to encourage Sierra Leoneans to work together to address the country’s challenges.

Kamara’s own challenges have been both financial and programmatic. In May 2014 during the deadly Ebola virus outbreak in his country, Kamara braved the dangers to mobilize support to curb the scourge.

In 2016, he was barred from interviewing the then-President and other top government officials on allegations of wastage of government funds through oversea travels. He’s been issued death threats and, also in 2016, was nabbed and taken to a private site and grilled about his investigative work in respect of a corruption scandal involving a high government official.

In 2017, he came under serious attack from powerful politicians for his radical views, which he expounded on his Facebook timeline. It wasn’t the first time he was considered an “enemy.“ ‘‘I remember during the previous regime I had received information that my name was blacklisted as a potential enemy to the state,” Kamara recalls.. On another occasion, he received an anonymous phone call asking him to “go quiet.” Kamara’s response to these and other threats? “I am not afraid, and if this is the price I have to pay to make a difference in Sierra Leone, then so be it.”

In a country where many have lost hope, Kamara remains strong-minded. sticking his neck out like a giraffe. Most recently, in November, 2019, Kamara, through Salone Jamboree, joined the Gender and Equal Opportunity Unit of the Female Correctional Service to organize the first Sierra Leone Correctional Service Beauty Pageant; its theme was “to reform and rehabilitate inmates for a better society”. Many reports had shown that female inmates face psychological problems such as depression, solitude, anxiety, and dissatisfaction with life. Programs such as the Beauty Pageant help those inmates cope with stress and regain some self-esteem.

In spite of the challenges and occasional dangers involved in running his projects, Kamara enjoys his work, seeing people’s lives transform for the good and making Sierra Leone a better place. He loves reading and his philosophy is ‘believe in oneself and strong faith in God.’ He has received awards for his work, including being named as one of the “100 Most Influential Young Africans”, the “50 Most Influential Young Sierra Leoneans”, and the “Best Sierra Leonean Journalist 2011”.