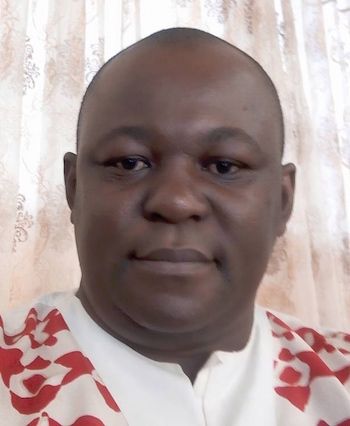 Summary: Ngolo Katta has been a champion of youth in Sierra Leone for decades. He helped establish the Center for Coordination of Youth Activities (CCYA), which seeks to educate youth on the dangers of violence and to keep them from being criminalized by politicians during elections. In 1997, Katta took part in a protest in which his friend was shot and killed, and Katta became ever more committed to the challenge of representing young people. He has been threatened with arrest by government officials, who don’t like his activism, but Katta is determined to effect change in the upcoming 2018 elections.

Profile: Youth in Sierra Leone have often been used as an instrument of violence by politicians during election time. As a result, many young people have been killed, and the police have done little to stop the incidents. At times the youth have no idea of the degree to which they’ve broken the law; they’re actually surprised when they’re arrested, jailed, ostracized by society, or suffer other serious consequences.

Ever since his high school days, Ngolo Katta has resolved to counter the violence, political thuggery, neglect, and manipulation of young people during elections and, on a more positive note, give them an alternative to crime. In September 1998, he and other students founded the Center for Coordination of Youth Activities (CCYA), a non-political, nonprofit-making organization. The goal of CCYA is to work toward the empowerment of youths through effective and efficient coordination of youth activities. The organization also strives to enhance the capacity of youth groups throughout the country, to promote the rights of young people, and to educate them on the dangers of violence and political oppression. In short, CCYA trains youth to be ambassadors for peace.

However, establishing and maintaining CCYA has not been easy. Politicians and powerful citizens continue to take advantage of the rampant poverty and unemployment of young people throughout the country; they use looted resources from the state to bribe youths to be tools of violence against opposition supporters. This is particularly the case in vulnerable communities where CCYA has a strong presence.

One of the catalysts to forming CCYA was the coup of August 18, 1997. Katta and others protested the coup, which they claimed would permit another senseless political system to wreak havoc in Sierra Leone. Violence ensued.

“We lost a lot of young people in the protest,” recalls Katta. “Tensions were so very high, particularly in the Sierra Leone capital of Freetown, where our brothers were gunned down for calling to an end to the coup. I lost many friends but particularly a brother and close comrade . . . I can still recall him covered in the pool of blood right by my side.”

The road to protecting young people remains hindered by many obstacles. In 2005, Katta was told by the Inspector General of Police to stop his activism. He was simultaneously threatened with arrest and offered a job, both with the goal to keep him away from what he was doing. Katta resisted the threat and rejected the offer.

Ngollo Katta is determined to look to the future rather than the past. Elections approach in 2018, and CCYA remains nonpartisan. It launched its “Youth Stand Up for Nonviolence 2018” campaign to encourage young people not only to avoid violence, not only to vote in the upcoming elections, but also to run as candidates. In this way, believes Katta, they will be in better positions to effect change.

Continuing his activism has been difficult, admits Katta, “but it will not stop me from educating young people to shirk violence and crime in Sierra Leone. . . . I will keep on striving toward the democratization process in my country and community, regardless of the challenges encountered.”