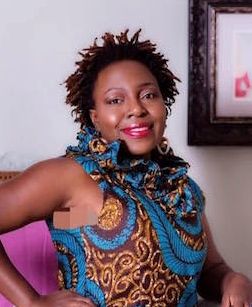 Nyaradzo Mashayamombe has been a leading campaigner fighting for the rights of girls in Zimbabwe.

As founder and Director of Tag a Life International (TALI) she has organized awareness campaigns particularly in rural areas where cases of child marriage are rampant as well as incest relationships.

Having grown up in rural Zimbabwe were opportunities are scarce, Mashayamombe was motivated to uplift girls who faced abuse and poverty on a daily basis.

“My poor rural background pushed me to read more. I moved to Harare and did a course in secretarial studies. However I wanted to be my own boss, so I enrolled for a marketing degree with IMM and later did Human Resources Management with IMPZ,’ she said

TALI’s work came into the limelight following Mashayamombe’s appearance on state television where she castigated the country’s Prosecutor General, Johaness Tomana, for his statement that there was nothing wrong with children as young as nine and thirteen engaging in sexual activities.

“We challenge PG Tomana over what he said about early marriages .There is greater need to realign our laws with the new constitution. This will help protect girls from abuse. The solution to this problem needs a holistic approach,” she said later in local media.

But her job has not been easy as some hostile members of the community, particularly religious groups, view her work as a threat to their beliefs.

For instance, members of the Apostolic Church have been practicing child marriage for a long time and are not willing to engage TALI over such practices. Member of this Church are also against the idea of sending girls to school or sending women to safe child delivery health centers. So church elders view TALI as an enemy.

“I will keep on working for the rights of the girls in Zimbabwe no matter what challenges I face,” Mashayamombe said.