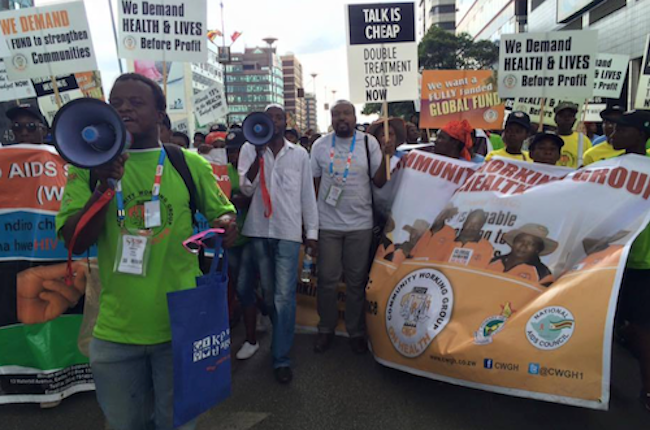 It is a beautiful morning at the end of September when Obert Masaraure summarizes the year in figures. It was as bad for him as it was for the whole country of Zimbabwe. "I was arrested six times and kidnapped twice," says Masaraure. He is sitting in the small front garden of a bungalow, the lawn is mown, the garage is closed. He pulls up his trouser legs, shows scars and dents. "The last kidnapping was only a few days ago. They held me for six hours, beat me against my ankles with the butt of an AK-47 assault rifle and beat me all over." Then they released him again, threw him on the street and told him to shut up.

Masaraure is chairman of a teachers' union that protests again and again against the conditions at the schools, and once a week he also teaches himself. If the regime's henchmen have thrown him into prison or kidnapped him, the state has deducted this time from his salary because he did not show up for work. "We expect a new cruelty every day in this country," he says.

Two years ago, he stood on the streets of Harare with hundreds of thousands of people, and he was confident that things would change for the better from now on. The military had just driven the old dictator Robert Mugabe out of office, the country was euphoric, everyone thought they could finally say what they thought.

That was in November 2017, the beginning of spring in Harare. It felt like the beginning of a new era for a country that had been in the clutches of the white racists for decades and whose inhabitants had to watch how the liberator Robert Mugabe became more and more similar to the colonialists he once fought against. People tore down the street signs on Robert Mugabe Avenue. That's how it was then, in November 2017.

"His successor Emmerson Mnangagwa has since created a new hell that we never thought possible," says Masaraure. The regime seems to have become even more brutal and arbitrary, hundreds of people have been kidnapped, dozens shot. More and more teachers are giving up their jobs because they cannot feed them. The state pays 50 US dollars a month, if it pays at all. That's not even enough to pay the rent.

Teacher used to be a respected profession - Robert Mugabe, who died in September, was one himself. He had schools built and teachers trained, they were to be the foundation of a new country. Today they are the symbol of decline. Many can no longer afford the school fees for their own children.

Five hours of electricity per day

In the 80s, teachers could afford a small house and a car. Today teachers sell first their houses and cars, then their mobile phones and suits. They have to move back to their parents or relatives. At the moment you have to queue between two and five hours for petrol in Harare, similarly long for water, which is not always available, but electricity is only available for five hours a day. Zimbabwe used to be Africa's breadbasket, but now the UN has to supply food again so that people do not starve to death.

Obert Masaraure is 35 years old and raised in the country as one of seven children. The parents said: "Thou shalt have it better some day." The times were good, the country just a few years independent. He was busy at school, studied chemistry. When he was finished, Zimbabwe went downhill. There were no jobs, he became a teacher in a boarding school run jointly by church and state. As the years went by, the classes grew larger and the wages smaller and smaller. Many of his colleagues gave up. Others joined the party, hoping to get a piece of the cake that the corrupt elite divided among themselves.

Nobody wanted to know exactly what kind of business it was. The world overlooked the fact that Mnangagwa, Mugabe's faithful henchman, was jointly responsible for many massacres.

Obert Masaraure joined the union - and thus the resistance. In the beginning he did not know what this would mean for his life. In the meantime he has installed cameras and grids in his house in the Waterfalls district, where he lives with his wife and two children. The henchmen of the security service nevertheless came back a few days ago to fetch him. "They weren't interested in information, they were just trying to intimidate me, to break me." A little later Masaraure moved out. He now lives in a secret place. An exile in his own country.

When President Mnangagwa came to power two years ago, he promised to return Zimbabwe to its former glory. Then he flew to the World Economic Forum in Davos in a private jet rented for several hundred thousand dollars and hanged himself around a scarf in the country's colours. "Zimbabwe is open for business" was his message. Nobody wanted to know exactly what kind of business it was. The world overlooked the fact that Mnangagwa, Mugabe's faithful henchman, was jointly responsible for many massacres with tens of thousands of dead.

Europe's diplomats toured the country with economic delegations, human rights played no role, trade was supposed to precede change. But not even that worked. The country is so broke that recently the last plane of the state-owned airline Air Zimbabwe was seized at Johannesburg airport because the airline had not paid its landing fees.

Zimbabwe itself produces hardly anything - except despair. Even the regime has nothing left to plunder. 6 million dollars for textbooks and materials have recently disappeared, says Masaraure. Now a few dozen elephants are to be exported in order to obtain foreign exchange.

The philosopher Frantz Fanon had predicted that new elites would not abolish the injustices of the colonial systems, but use them for themselves.

Mnangagwa had announced at the beginning of his term of office that he would take tougher action against the felt and the theft - of all people he had become one of the richest men in the country through felt and theft. He is said to have appropriated dozens of farms and industrial enterprises. In the country's textbooks, the glorious fight against the white racists takes up many pages, teacher Masaraure knows them by heart, the stories that describe the cruelties and greed of the whites. He sees how everything repeats itself.

This is the pain of so many Africans that "our people" are not much better than "the others". That so many earlier so-called liberation movements were never about liberation, but only about finally getting to the meat pots themselves. This is the case in Zimbabwe, in Angola, in Mocambique.

The philosopher Frantz Fanon said even before the first African countries were released into independence: The new elite in the post-colonial era had no interest at all in democracy or social development that would benefit everyone, but wanted to "simply put the unfair advantages of the colonial system into the hands of the locals".

The culture of state violence stands in a surprising contrast to what one experiences as a visitor to Zimbabwe: it is one of the friendliest and most pleasant countries in Africa. One rarely feels that poverty makes people competitors for the little that is still there.

About a quarter of the population has fled dictatorship in recent years, most of them to neighbouring South Africa. Without cheap labour, the service sector in Cape Town would collapse. On the A4, the road from the South African border to Harare, buses race over potholes, bringing home vacationers from South Africa to their families. Huge trailers with refrigerators and window frames - with everything that no longer exists in Zimbabwe - are hanging in the back.

His wife would like him to go abroad for a few months, to safety, says Masaraure. But there is no turning back for him. He will continue to organise strikes and protests against the government. He will wait in his hiding place until the henchmen of the regime come to fetch him. "I continue because I have a good feeling, something is moving, the protest is becoming more organized.” They will liberate the country from the former liberators. His words are now full of hope. His serious face tells another story.

Zimbabwe is facing the worst hunger crisis in ten years due to drought and decades of mismanagement under the long-term ruler Robert Mugabe, who fell in 2017 and died in September. More than half of the 14 million inhabitants do not always know where the next meal will come from, said World Food Programme (WFP) representative Eddie Rowe in the capital Harare. Because there is too little food in the country, it is not enough to give starving cash. In addition, the prices of staple foods are exploding.

The WFP is therefore planning to supply 4.1 million people, mainly in rural areas, with food from abroad from January onwards. By June 2020, 293 million dollars will be needed - two thirds of the funds are still lacking to protect the inhabitants of Zimbabwe from hunger. (sda) 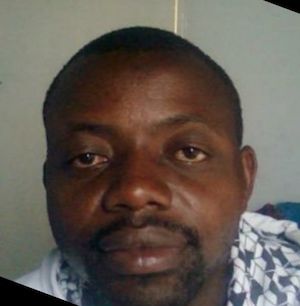 Obert Masaraure leads the way in the struggle to provide decent education for the schoolchildren of Zimbabwe.

Teachers in Zimbabwe, particularly in rural areas of the country, are not paid well and often not on time. They must grapple with inadequate facilities, lack of electricity and poor sanitation. The government has dismally failed to upgrade schools in the countryside. Under these conditions, many teachers are reluctantly abandoning the profession.

Faced with this crisis, Masaraure organized the Rural Teachers Association Union (RTUZ) to give teachers a voice and to begin correcting these wrongs, Currently, RTUZ has a membership of about 35,000; it has challenged the government to address the miserable salaries and working conditions that rural teachers have to endure, and to provide decent accommodations and trainings.

The Zimbabwe government has not warmly received these efforts. Zimbabwe police have detained Masaraure and other RTUZ members during peaceful awareness campaigns. Masaraure has been assaulted and beaten.

Still, he persists: “I have been arrested and detained several times whilst fighting for the rights of the marginalized rural teachers,” he says, “but that will not stop me from advocating for their rights. This government has dismally failed in uplifting the standards and welfare of the teachers, and it’s really disgusting to note that 36 years after independence, our teachers still live in a 19th-century kind of accommodation.”

In Zimbabwe, the struggle for decent schools continues, with Obert Masaraure at its head.