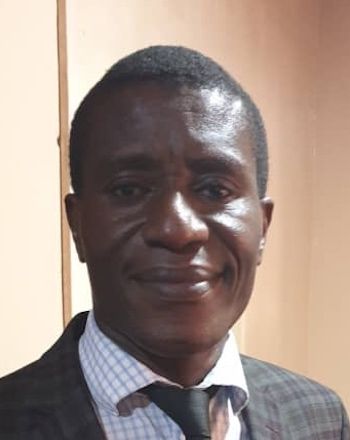 Summary: Pa Momo Fofanah has spent decades defending the rights of Sierra Leone citizens, particularly children—and particularly children who in the past were forced into the military; because of his efforts, the recruitment of child soldiers was eventually considered a war crime. He has done pro bono legal work for a variety of causes, and as a result has been threatened with injury and death on numerous occasions. For years he has held sway in the courts, helped to build schools, and represented victims of sexual and physical abuse.

Profile: Pa Momo Fofanah defends children, and he has done so, successfully, for years. He served as both National Coordinator and Chief Legal Officer of the Sierra Leone chapter of Defense for Children International, in which he offered pro bono legal services to young victims of sexual abuse. Using the proceeds of a human rights award that he’d won in the U.S., he helped to build schools for children affected with polio and also set up a three-year computer literacy program for students. And, with the help of Defense for Children International, he contributed to eventually making the recruitment of child soldiers a war crime.

Concerning the latter, Fofanah says, “I became inspired when I witnessed the flagrant misuse of children by rebels to act as child soldiers. . . . During the rebel war, for example, children were forced to join a ‘Small Boys Unit," a sub-group of the Revolutionary United Front (a civil militia group and not the military). Their main aim and focus were to rape, steal, (and) burn houses, amongst other despicable acts. I saw the need to disabuse them from the crude ideology of war and to make them realize that they were only used as tools. That is why I have always stood up for child rights and represented them in court.”

Fofanah was born in Sierra Leone and educated in various schools, including Harvard University. Education for all Sierra Leone children is one of his many goals. He’s a tutor at the Sierra Leone Law School and until recently was chairman of the General Legal Council, the regulatory body for Sierra Leone attorneys. Fofanah strongly believes in the Sierra Leone constitution and in its protection of his nation’s citizens; this has pitted him against local politicians who have much to gain from persecuting others.

None of these efforts have come without severe risks. In the case of fighting against child soldiers, Fofanah was labeled a spy and targeted by civil militia. Because of his work promoting civil rights—and the actions of government officials who oppose his work, particularly in the Sierra Leone courts—Fofanah has sustained many attacks: “ . . . very tough, threats to life, body, and limb . . . I always sneaked in and out of the court trying to avoid attention and harm.” Married, with three children, Fofanah takes these threats seriously.

Pa Momo Fofanah has spent his life using his knowledge and skills to help others, regardless of the risks. “I had always wanted to give back to my society,” he says, “and to as well contribute to the human capital of my nation. I see Defense for Children International as a good platform to transform my dream by contributing and by supporting children through these donations to acquire knowledge and also to reprieve them from the horrors of war, sexual abuses, and society’s inequalities.”