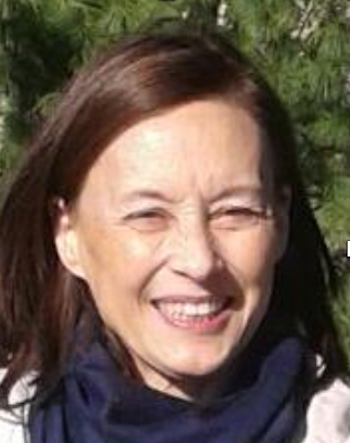 While looking for some exquisite silk in downtown Bern we accidentally got attracted by a little shop. When we opened the door we were received by a small, tender woman with shining eyes – Pia Schmid.

«After having worked for two years with Afghan refugees on the Indian subcontinent I couldn’t forget the plight and injustice witnessed with my own eyes any more. As a result it became my deepest wish to provide a chance for sustainable development for people at the lowest level of society. With our help many kids without any future became professional tailors, hitherto homeless and sick became nurses and medical assistants and many an orphan turned responsible guide in the community. And I’m equally touched by the engagement of all the friends in India as well as here in Switzerland who helped in realizing my vision.» —Pia Schmid

In 2001 Pia founded the NGO JayaHo, which helps the poorest of the poor in North and Southeast India, as well as in Bangladesh and back home in Switzerland. . “Dignity, Creativity and the Fight against Poverty” is JayaHo’s mission. It’s goal is to integrate those who are stigmatized in their own societies and enable a decent life for them. It has establishedsewing workshops, schools and emergency help centers for the poor, providing education, jobs and first aid. After almost two decades of engagement, by now it’s already serving the next generation, finding employment and often a home in its facilities.

The Rohinga refugee crisis in Myanmar has triggered an extraordinary response from Pia and JayaHo, which has set up shelters for them across the border in Bangladesh, extraordinary personal risk notwithstanding, since the refugees are not wanted there either. But Pia does not care. Inspired by the “feu sacré” of unwavering altruism, she helps the needy where it is most urgent and does not shy away from putting her own well-being on the line to do it.