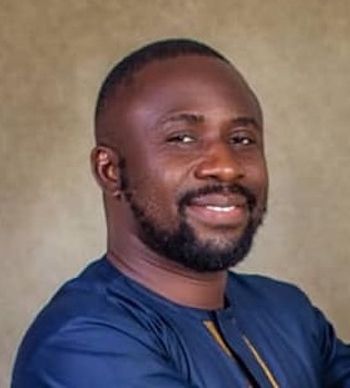 Summary: Attorney Rashid Dumbuya works tirelessly on public interest litigations, including corruption and accountability issues; women’s, juveniles’, and prisoners’ rights; and press freedoms. Most recently he’s been pushing the government to respond appropriately to the coronavirus pandemic. As a result of his outspoken advocacies, Dumbuya lost his job at the country’s Human Rights Commission and he’s suffered invective and death threats on social media.

Profile: Before Sierra Leone recorded its first COVID 19 case, Rashid Dumbuya, along with colleagues in 30 civil society organizations, formed a Civil Society Working Group on Epidemics and Natural Disasters in Sierra Leone in an effort to help the government fight the pandemic.

Dumbuya and his colleagues are monitoring the government’s response to Covid19, calling for transparency and accountability and raising public awareness. They lobby and speak for increased support and interventions to prevent and eradicate the disease and they make strong recommendations to the government, international partners and other stakeholders for legal, institutional and policy reforms regarding the pandemic.

Dumbuya speaks openly about the way that Sierra Leone hospitals, government, and relevant stakeholders are dealing with the pandemic. He also visits far-to-reach areas in an effort to show people how to stay safe from the virus.

When the government issued a lockdown of businesses and a social-distancing order as a way of controlling the virus, it did not, reports Dumbuya, always respond well to community reactions. A woman in the eastern part of Freetown, for example, was shot by a wild reaction from a police officer and there have cases of inhumane and degrading treatment by security personnel, including public flogging of homeless people and jailings during the lockdown period.

Dumbuya’s group is calling on the government to “up their game” in its response to the virus. Dumbuya wants transparency—letting citizens know who has been infected. He believes that hiding the identity of infected people will undermine the effective tracing of primary contacts, necessary isolations and quarantines, and public support. He argues that, in an emergency, the government’s right to confidentiality and privacy is limited and cannot be allowed to jeopardize the public interest.

These efforts, as have many of Dumbuya’s pre-pandemic actions, have not always resulted in positive responses from the government. In 2018, he was relieved of his portfolio as Commissioner of the Country’s Human Right Commission without any stated reason. Many civil society organizations called his dismissal “not only uncalled-for but likely unwarranted” and requested the government to reinstate him; the government refused. In addition, shortly after that dismissal, Dumbuya received text messages threatening his life. By now, social media threats and invective against his person and work are commonplace, especially by misguided loyalists of the current regime.

There have been some successes. In 2019, Dumbuya represented four journalists that were standing trial for eight counts of libel. Thanks to Dumbuya’s efforts in holding a strategic engagement meeting with all the parties, including the complainant, the journalists were released.

Despite all the threats, insults, and other challenges, Dumbuya continues to speak up on many issues facing his homeland, including COVID-19. He has said that his zest for standing up for his people has made him a marked man, one whose career is everlastingly marked by a regime that sees his activism as a threat. As he has shown many times, however, Dumbuya is not willing to shut up while his people’s lives are on the line. For him, being silent is not an option.