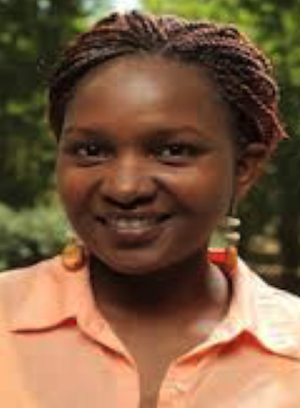 How many people completely understand the contents of their country’s constitution? After all, it’s one thing to be able to read it; it’s quite another to know what it means for you as a citizen.

In Zimbabwe, one brave attorney is attempting to help all citizens understand their constitution.

Rumbidzai Dube created Zimbabwe’s Law Hub. Dube is a human rights defender and lawyer from Zimbabwe with more than six years’ experience in legal research and advocacy work. The Law Hub aims to simplify the law for ordinary citizens who are not well-versed in legal jargon. It was launched in August 2015 and is directed at helping Zimbabweans defend their rights and protect themselves, contribute substantively to policy dialog, hold institutions of state accountable, and learn about civic responsibilities.

Dube has been promoting this idea for the past 10 years: “Actually, when I was a student at the Law Faculty of the University of Zimbabwe, I worked with Zimbabwe Women Lawyers Association (ZWLA). Part of what we used to do at ZWLA was to give legal advice and legal outreach to raise awareness on rights and the provisions of the law, but specifically focusing on women around the county. But I realised that the work we were doing was very useful and powerful and was assisting a lot of people to understand how they could protect themselves and how the law could protect them.”

Setting up a Law Hub was challenging. The ZWLA didn’t extend to much of Zimbabwe, and Dube was also hampered because of laws that limited associating, assembling, and organising—particularly in the marginalized communities she was trying to reach. She started a blog, but found she needed to take her idea further.

Thus was born the Law Hub. Explains Dube, “The Law Hub is a space that simplifies and explains Zimbabwean law and other laws that affect Zimbabweans. What we are trying to do is to make the law as simple as possible and as relatable as possible for ordinary citizens in Zimbabwe.” Dube wants to increase public literacy in legal education and civil rights, to “increase citizens’ awareness of what the law actually says and what rights they can derive from it and how they can hold state institutions accountable.”

The Law Hub website http://lawhub.co.zw helps to increase that public literacy. It contains dozens of examinations of common scenarios that citizens often face in navigating potential legal conflicts. Topics include marriage, rape, defamation, technical legal language, and instructions on how to engage a political representative. All these topics are accompanied by interactive quizzes and podcasts, and topics are continually added. Dube also uses Twitter and Facebook to share posts to a wider audience.

The road, however, has not been easy or without risk. Some people in power aren’t comfortable with giving ordinary people this kind of knowledge and awareness. Other organisations offer some of the same services as the Law Hub, but they charge for it, and they don’t look kindly at their services being given away for free. Moreover, Dube has found it difficult to enlist and retain volunteers; young people in particular are looking for jobs that pay.

But Dube is persistent. She’s currently working with other attorneys to crowd-source articles about sexual rights and other human rights. It comes down to this: Dube feels it’s critical for citizens of Zimbabwe to understand laws and how those laws affect them. She’s doing everything in her power to accomplish that.