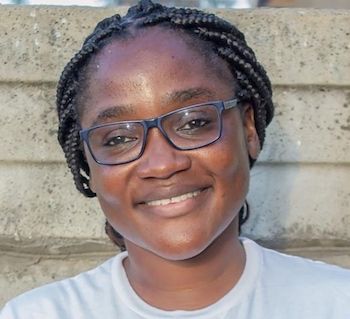 Summary: Defying initial government sanctions, Samantha Murozoki has been voluntarily feeding hundreds of people in Chitungwiza, Zimbabwe. They are finding it difficult to make ends meet during the national lockdown imposed as part of the measures to contain the spread of the Covid-19 virus.

Profile: After realising how people from her community were struggling to make ends meet during the national Covid-19 lockdown, an immigration lawyer, Samantha Murozoki, decided to open a soup kitchen from her own backyard in Chitungwiza, on the outskirts of Harare. There she began feeding hundreds of people who were desperately looking for food.

Using her own savings, and with help from a team of volunteers, Murozoki provides free breakfast and supper, principally to children and the elderly. No one is turned away. The kitchen opened its doors at the beginning of the lockdown on March 30, 2020, and has been operating ever since.

Of course, operating a soup kitchen greatly increases the exposure of Murozoki and her volunteers to the virus.

In addition, the Chitungwiza Municipality was not impressed by the move to provide free food to the public; it sought to bar the operations of the kitchen on the basis that it was operating illegally. Chitungwiza acting town clerk Tonderai Kasu: “The order for Ms. Murozoki to cease operations was made on the basis of some genuine and legitimate concerns with respect to public health and public safety.”

The decision by the authorities to bar the soup kitchen received widespread condemnation from members of the public, forcing the Chitungwiza Municipality to rescind its decision. Murozoki said that the council move was a blessing in disguise, because it made sure she could register as a trust and operate legally.

The daily winding queues at Murozoki’s gate are a sign of the desperation that has gripped the populous town of Chitungwiza. With a makeshift stove, a couple of large pots, and a few cooking utensils, the mother of two has been winning the respect of thousands who pass by her kitchen daily. She is also gathering volunteers who help her keep track of the children. A team of women serve the meals and wash the utensils.

“I started with a 2kg packet of rice and 500g of beans,” says Murozoki. “The number of people needing food has doubled since then. It’s not something that I had planned for.” None of the children and the elderly have been turned away.

Murozoki said her soup kitchen was driven by compassion after a neighbour related how her family had gone to bed hungry as work and informal trade dried up under the lockdown.

“The maternal instincts in me developed at a very early age. I struggled with ignoring sad situations. I always felt I could fix people’s problems. The cries of a 12-year-old boy around 11 pm from my neighbourhood jump-started the relief kitchen.”

Zimbabwe experienced a poor harvest this year, leaving almost half the population in need of urgent food aid, with the most vulnerable people in rural areas already on the verge of starvation, according to humanitarian organisations. In urban areas, 2.2 million people are in urgent need of food aid. The government lockdown relief is yet to be distributed at a time vulnerable families are failing to earn a living amid skyrocketing inflation.

And the end, says Murozoki, is not in sight: “Even if the lockdown is lifted, I might continue for a month or so until everyone gets back on their feet. As long as Zimbabweans help me, I will be able to continue with my work. We are working on social development projects which (will empower people). To that end, Murozoki says that she has already launched a poultry project.