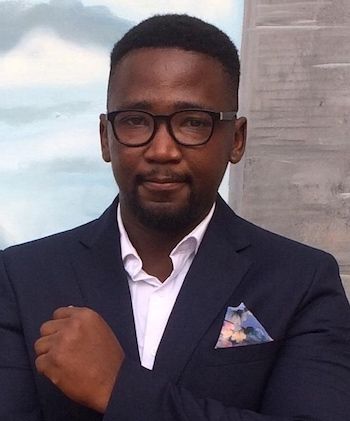 Summary: Songezo Mazizi has continually fought for justice, particularly students’ rights. When he was a student at the University of the Western Cape, he led the Fees Must Fall campaign, which advocated for more government funding of schools and eventually was successful in attaining grants for students. As a result of his activism, though, Mazizi was suspended from university, arrested and charged with various offenses, and beaten by police. He continues to be a force for justice, focusing on accountability and the environment.

Profile: Ever since he was a student, Songezo Mazizi has been fighting for students’ rights. In 2015, he was elected to lead University of the Western Cape students in its Fees Must Fall campaign. The primary goals of the campaign were to stop increases in student fees as well as to promote increases in government funding of South Africa universities.

It took two years, but eventually the government relented and promised additional funding. As a result, students from families that earned a combined income of less than R350,000 were eligible for government grants. By the end of 2018, students who had given up hope of going to university were able to attend. Mazizi was also instrumental in organizing students against university policies that promoted inequality and exclusion.

Of course, these forays against the establishment came with consequences: “In 2017,” says Mazizi, “I was suspended for five years from the University of the Western Cape on my third year of a nursing degree because of my activism during the Fees Must Fall Campaign.”

But that wasn’t all: “The state responded brutally and we were beaten by the police and we even got robbed of our belongings in the presence of the police at Cape Town Police station. Several times we were detained at Cape Town police station, Goodwood prison, and Bellville South Police station. We were falsely charged for different offenses. . . . We were labeled city hooligans who did not want to study. But we maintained that we had a generational mission to fulfill that we could not betray.” Mazizi found it difficult to find a job or continue studies while the charges were pending.

At one point, he feared for his life: “Presidential security personnel manhandled me during the President’s State of the Nation Address, for demanding that all our comrades who had been arrested and detained in the country’s prisons as a result of their role during the Fees Must Fall Campaign be released. We wanted the president to offer Presidential Pardon. That is the only time I felt that my life was really in danger.”

The Fees Must Fall campaign was not nearly the end of Mazizi’s activism. He currently serves on the Board of Rights to Know, a group that seeks to achieve an accountable and inclusive society in South Africa. He is deputy chair for the African Climate Alliance campaign, which advocates for environmental justice. And recently he has been leading a protest against former president D.W. de Klerk and his foundation, which stated that apartheid was not a crime against humanity. which went against the spirit of reconciliation and nation building. As a result of the pressure brought to bear by Mazizi and his colleagues, the de Klerk Foundation retracted its statement.

Songezo Mazizi was born in the Eastern Cape at Contane Village; he believes it is his duty to speak truth to power and to stand for those who cannot speak for themselves. And he sees himself as part of a group that can effectively challenge injustice: “I belong to a generation that is not afraid to hold those in power accountable.”