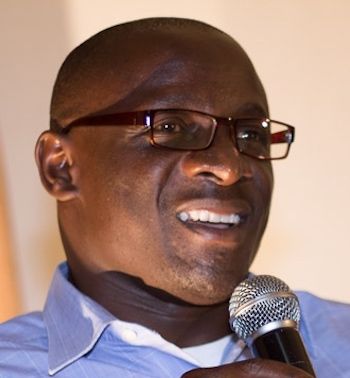 Stephen Ogutu was born with a disability that put him on crutches, but that hasn’t stopped him from helping others. In fact, if anything, it has spurred him on to helping others—those who desperately need help.

The years 2007 and 2008 saw many displaced people in Nakuru; their lives were violently uprooted, and in many cases they literally had no place to turn. To make matters worse, some of these people—men, women, and children—had physical and mental disabilities. Even without the violent displacement, they experienced hardships because of social, cultural, and economic prejudices. They encountered discrimination everywhere they went.

Ogutu could relate, and he sought to rescue and provide support to these people. He founded People Living with Disability, an organization that serves those who, through no fault of their own, have encountered negativity all their lives. People Living with Disability strongly advocates for education, land rights, economic justice, health care, and freedom from sexual and gender-based violence. The organization’s clientele are, of course, people with disabilities, particularly women with disabilities. Ogutu wants to be sure that these people have equal access to programs and equal opportunities to succeed.

Stephen Ogutu has a difficult life, and he could have focused on taking care of only himself. But he takes joy in another struggle—an effort to help others who are in similar straits but who do not possess the wherewithal to help themselves. It’s not easy to advocate for people who are too often looked down upon by the rest of society. It’s not financially, physically, or emotionally easy.

But Ogutu is used to doing things the hard way.