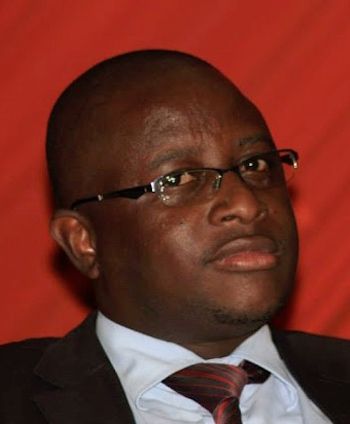 Tawanda Chimhini is a Giraffe Hero who has refused to be silenced by threats, arrests and detentions. As Executive Director of the Election Resource Centre (ERC), Chimhini fights tirelessly for free and fair elections in Zimbabwe.

ERC was founded in 2010, originally to focus on promoting effective electoral participation in Zimbabwe. ERC spearheaded the promotion of the “Voters’ Club,” registrering and mobilising citizens to vote in 2013 Zimbabwean elections. Through a vast network of youth and women’s organisations, together with newly established commercial radio stations, Chimhini also led a nationwide campaign called “X1G,” targeting the mobilisation and registration of first-time voters.

One of the major challenges Chimhini faces is that of state repression. Election work is politically sensitive in Zimbabwe and in 2013, three ERC staff members were arrested for conducting voter education activities without Zimbabwe Election Commission clearance. His workmates were held for two nights in police cells while the police demanded that Chimhini hand himself over to them. They were finally released when Chimhini complied with this demand. He and his three colleagues then endured one whole year on remand, finally securing a judgement from the Constitutional Court stating that they had committed no offense in their efforts to mobilise young people to register and vote.

That was not Chimhini’s first encounter with the police. Before the above mentioned case, he and an ERC colleague were accused of tampering with the voters' roll. This was after a Manicaland-based investigative journalist had been arrested for an article quoting an ERC report that there were 100 year-old voters on the 2013 voters' roll.

After the 2013 elections, Chimhini, as the head of the Election Resource Centre, was summoned by state authorities for questioning about ERC’s work to empower citizens to hold their local leaders--both elected and non-elected--to account. The bulk of this questioning has come from Central Intelligence Organization officials who usually identified themselves as members of the President's office, as well as from some local officials who have informed ERC that they are “under instructions” not to acommodate ERC’s work.

Tawanda Chimhini says, “No amount of threats or intimidation could ever deter me from the work I have signed up for. I remain convinced that the battle for electoral reforms must be a permanent and accepted feature of our democracy.” He vowed to continue fighting for citizen participation in Zimbabwe’s electoral processes and for free and fair elections.