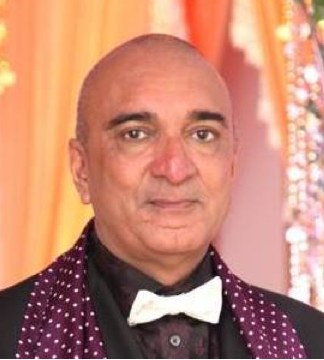 When the Liberian rebel war spilled across the border into Sierra Leone, bringing terrible violence, villagers in Sierra Leone had to flee. When the fighting ended, Vinod Khatumal, a successful businessman in the capital, Freetown, helped them return.

Almost 10% of Sierra Leone’s entire population was displaced during the civil war, forced to abandon their homes, mostly in the eastern Kono, Kenema, and Kailahum districts. With no property, possessions, or livelihoods, they barely survived, living in extreme poverty, away from their homes. When they did return to their farms, they found their houses pillaged, and their crops destoyed. They had to start all over again.

Khatumal had been helping his fellow Sierra Leoneans throughout the war, personally braving violence to bring transportation, food, and fuel to villagers who were still in combat zones. In some cases Khatumal would visit a village, arrange for aid and then travel on, only to learn that the village had been attacked hours after his departure. Two hundred people were killed in a village he had visited just two days earlier.

When the fighting was over, and his displaced countrymen wanted to return to their farms, he focused his efforts on helping them re-settle and rebuild their communities.

He began exporting cocoa and coffee – the crops of the area. His business plan cut out the middlemen in overseas sales, thereby increasing income to local farmers.

Khatumal also led two area cooperatives that improved transportation in and out of eastern villages by raising funds to buy vehicles and repair roads and bridges. Funding also helps to build and repair housing, to supply tools and pesticides for improving crop yield, and to construct buildings specific to coffee and cocoa production, structures such as drying rooms. Cooperatives even helped build a medical center in one village In every case, local people do the construction work, receiving the income they need to rebuild their lives.

Vinod Khatumal says his mission was to re-settle families and re-establish their farms so crops could be planted, harvested, and sold, and life could flourish again in Sierra Leone’s war-torn countryside.