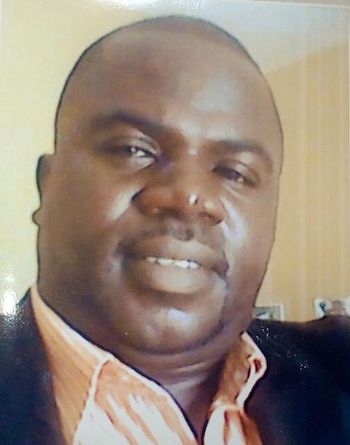 Summary: William Sao Lamin fights for the rights of people of Sierra Leone, even though his efforts have made him many enemies and frequently put him in harm’s way. While he was making known his efforts to try to enforce recommendations from Auditor General reports, he was attacked and had his computer and passport stolen. His car was also tampered with, endangering his life. However, attempts to quell Lamin’s activism had the opposite effect: Lamin founded the Consortium of Civil Societies-Sierra Leone—CCSSL—to fight government corruption and to promote research, training, and the establishment of accountability clubs in schools and chiefdoms across the country. Lamin also advocates for free health care for children under five and for lactating mothers.

Profile: William Sao Lamin has consistently fought corruption and ignorance in Sierra Leone. His major effort has been to force implementation of the country’s Constitution and specifically the anti-corruption recommendations of Auditor General reports.

The fighting doesn’t always turn out well for Lamin. One example: After studying both the 2015 and 2016 Auditor General reports, along with the lack of implementation of the report’s recommendations (involving misappropriation of resources by senior government ministers), his actions were evidently made known to others who would not profit by his disclosures. Lamin was attacked in central Freetown, and his computer, passport, and other valuables were stolen. The police never caught the assailants. Another example: After calling for an investigation of the ministries of Defense, Health, and Agriculture, his vehicle was tampered with, endangering his life.

“We have seen much corruption, loads of mismanagement of state resources,” says Lamin, “and I think that’s a serious accountability issue. It is very key to the country’s growth and it therefore behooves me to call for a stop to this menace.”

But there have been pluses, too. After the Sierra Leone House of Parliament boycotted his one-day national conference funded by Action Aid Sierra Leone—a non-governmental organization committed to meeting the recommendations of the Auditor General reports—Lamin founded the Consortium of Civil Societies-Sierra Leone—CCSSL. The organization works tirelessly to fight graft in Sierra Leone and champions the unequivocqal implementation of the recommendations of the Auditor General reports. CCSSL fosters research, training, and the establishment of accountability clubs in schools and chiefdoms across the country.

“The Auditor General’s report exposes mass corruption of over 200 billion Leones (over $100,000), and the report comes up with recommendations on how to tackle these leakages, but nobody takes action,” Lamin emphasizes. “The people are looking up to the House of Parliament to take action, but [the House is] not doing it.”

Lamin works from at least two perspectives on these issues. Besides pushing the government to respond appropriately to recommendations, he’s also concerned that his fellow citizens aren’t adequately aware of their constitutional rights, so he has been educating them on the ills of corruption.

“We have a constitution which clearly confers power on the Auditor General’s department to audit government ministries, departments, and agencies, and also the bill of rights, which provides for the rights of citizens,” he points out, “yet a high number of citizens are not aware of basic rights that are enshrined in the document.” Another of his efforts is to campaign for better health care for children under five and for pregnant women, especially patients who cannot afford to access treatment.

Lamin also has a message for those who try to intimidate him: “As long as we are living in a corrupt and unjust system,” he promises, “I won’t be quieted.”