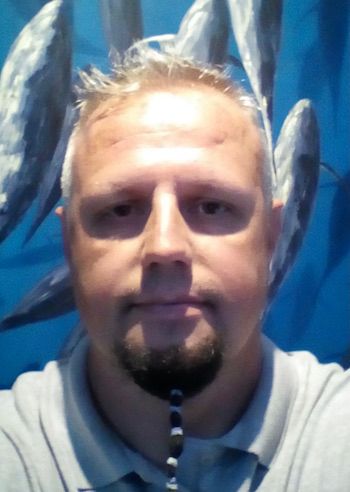 Summary: Ian Erasmus was working as a Process Artisan at Sasol, a South African petrochemical corporation, when he saw a leaking valve at one of the units releasing vanadium, a hazardous heavy metal waste; the vanadium was later shown to end up in the Vaal River, affecting millions of South Africans. Knowing the effects of vanadium to humans and the environment, he reported this to his superiors. His endless plea for the company to fix the emission fell on deaf ears. In June 2018, after endless calls for help, and left with no option, Erasmus reported Sasol to the Department of Environment, Forestry and Fishery, and in February 2019 he testified before the South African Human Rights Commission about Sasol’s emitting the harmful vanadium waste. For this, Erasmus was bullied, harassed, and threatened by his employer. Erasmus is currently on his third suspension for being a “troublemaker”. He and his wife now live on antidepressants, and he feels sorry for his friends who are often harassed and victimised for associating with him. His marriage has suffered irreparable damage because of the stress of the suspensions and intimidation.

Profile: Working for Sasol, the petrochemical corporation, Ian Erasmus first noticed and reported a leaking sewer valve in 2012. He asserted that vanadium, a hazardous heavy metal chemical, was not being disposed of according to the company's strict disposal procedures but instead was draining into what he later discovered was the Vaal River, South Africa’s third largest. According to the Medical Safety Data sheet for vanadium, exposure to the chemical leads to infertility, respiratory problems, genetic mutation, and cancers of the skin. The vanadium could negatively affect millions of South Africans.

All this was unlawful. Section 24 of the South African Constitution provides that everyone has the right to an environment that is not detrimental to his or her health or well-being. Moreover, the United Nations Special Rapporteur on toxins and human rights acknowledges that the exposure of people to harmful substances without their prior informed consent is a human rights issue.

Assuming that his request had been heard, Erasmus was surprised in 2015 to see the same valve leaking:

“So I reported those valves to be repaired,” said Erasmus, “but my request for repair was rejected multiple times and the valves were left broken in the open position. So I sent emails to my line management to report the broken valve to them. The last one I sent was on the 10th of May, 2017. The day after I sent that email, my Senior Manager came and assaulted me at work, showing me a middle finger and verbally abusing me the whole day.”

The Hazardous Substance Act 15 0f 1973 intends to provide for the prohibition of disposal and dumping of harmful substances and products. Erasmus said that the leakages at Sasol were kept a secret known only to a few bosses; such a policy, claims Erasmus, would probably save profits.

In 2018, realising that the vanadium could end up in the Vaal River, Erasmus took action to report Sasol's unethical conduct to the Department of Environment, Forestry and Fishery, which is responsible for protecting, conserving, and improving the South African environment and natural resources. The Department’s investigators found “nothing wrong”, and Erasmus escalated his efforts.

Previously unknown to Erasmus, Templemore, a farming company downstream, had lost half of their cattle head, reportedly from the poisoning of the Sasol Secunda facility. According to a 2018 City Press report, laboratory tests of water and soil samples collected from the farm showed “elevated levels” of a range of heavy metals, including mercury, copper, manganese, lead, and—most telling—vanadium. Erasmus shared this report with investigators.

Recent research has shown why bribery has hampered enforcement of environmental regulations in South African fisheries. However, in June 2021, following Erasmus's disclosure, the Department of Environment, Forestry and Fishery made a criminal case against Sasol that is currently on its way to the National Prosecuting Authority to decide on prosecution.

Sasol had done all it could to shield the problem. Erasmus: “Ten days after I had testified in front of the SAHRC on the 20th of February 2019, on the Benfield Chemical Sewer valves being broken, they were replaced by Sasol in a cover-up operation over a weekend on the 2nd of March 2019. I made Sasol's environmental department aware of the fact immediately, so they did know of the cover-up. Sasol is actively omitting to their shareholders facts of this cover-up and the pollution of their own process water systems with vanadium, and thus they are hiding from their shareholders and South African citizens of the implications of this case and the hazardous waste.”

Erasmus believes that human beings and creatures of the earth and seas have rights:

“On our planet, everyone is born with equal rights to a good life. No person can own another person. No person or company should have the power to dump chemicals into the air or our water in order to chase profits. This is the only planet we have. The animals in the forest and in the oceans can’t speak for themselves when their planet is being destroyed. We as humans should take better care.

“I would not say I have any religion, but for those who know me, knows that if I find a spider trapped in the bathtub, I will go out of my way to carry that spider in my hands and set it free outside, because the spider was just trapped and it needed a little help. I believe that if you can, you should always speak up for those who do not have a voice. I believe that you should always speak the truth, even if your voice shakes.”

The father of two laments the unholy alliance between the government and mining corporations: “But big businesses always seem to obtain licenses and permission from the government to continue to pollute the air we breathe and the water we drink, the soil we have to leave behind for future generations in order for them to make massive profits.”

Erasmus showed great acts of courage and sacrifice by challenging Sasol for unethical practices when many others chose money at the expense of others and the environment. Challenging big mining corporations bent on accumulating profit is not easy. Erasmus chronicles how company bosses threatened, assaulted, and suspended him, leading to him and his wife suffering nervous breakdowns.

“First of all, my safety inside the factory was compromised, as I was assaulted by a management member. I was no longer safe at the plant I called home since 2001. I battled management and human resources’ constant dismissal attempts for five years. I was not allowed to work any overtime since 2017. I was forced to sit in a corner at an empty desk with no meaningful work to perform.

“My career path at Sasol and reputation was destroyed, and Refining management ignored my grievances regarding their continued victimisation. My career stalled completely and I could not progress. I was eligible for a promotion in November 2017 but instead was forced to move to another plant where I was demoted and had to start from scratch. I was discussed in meetings where I was labelled a troublemaker by management. I have been blacklisted by Sasol so I cannot even get any work for a contracting company working with Sasol. I lost my income, and my career and reputation has been destroyed by Sasol. My children's future has been jeopardised and unfairly damaged by Sasol.”

For the father of two, the most traumatic experience is leaving his home town to seek safety:

“I will have to leave the town I grew up in since I was seven years old, just so that Sasol Management can protect their reputation and share price. Me and my family have suffered irreparable harm through Sasol's culture of fear.

“I ended up in hospital due to severe mental breakdowns. Me and my wife have both been on antidepressant medication since 2015 . . ..”

But Erasmus holds to his convictions; money does not enter into the equation:

“I don’t need money. I did not blow the whistle in order to be paid. I was only doing my work correctly and with integrity. I will continue to point out illegal and unsafe operations to humans and the environment.”