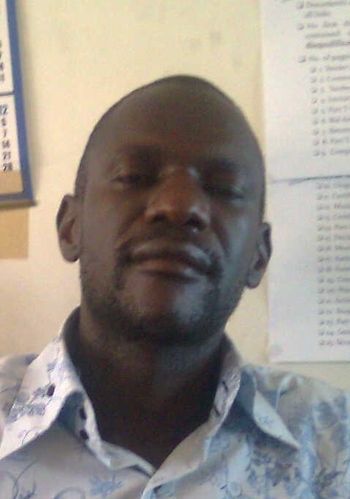 Summary: Despite paying their monthly water bills, the residents of Chegutu, Zimbabwe, have gone for years with inadequate supplies of clean water, resulting in outbreaks of cholera and other diseases. Misheck Kazembe set up a nonprofit organization to challenge the local governing Council to deliver the water. He is not stopped by threats by the local police

Profile: Of all the necessities of life, water remains near the top. When you don’t have access to water—or access to water that isn’t clean and safe—then your life is endangered.

In the town of Chegutu, Zimbabwe, many of the residents’ lives are endangered for that very reason. And that’s why Mischeck Kazembe has been trying to protect them. There has been plenty of rainfall, the citizens are paying their monthly water fees, but for virtually a decade they haven’t been getting an adequate supply of the clean, life-sustaining water their fees entitle them to have.

Kazembe summarizes: “Our Council has been notorious for failing to provide residents with better service delivery and this has resulted in the outbreak of dangerous water-borne diseases such as the recent cholera outbreak. Residents are paying up their bills and the Council is failing to provide residents with a good service and we are fighting towards the restoration of a better service delivery in the town.”

The cholera outbreak he was referring to resulted in the deaths of four residents; a previous outbreak in 2008 killed about 1,000. Typhoid, another water-borne disease, has also seen a renewal—again, because of the lack of clean water supplies.

And citizens feel that they need to continue paying their monthly water fees because the local Council is notorious for sending out debt collectors and muncipal police.

Resident Roselyn Sakala attests to what happens then: “The Council bills us and they say we receive water, yet there hasn’t been any. We have tried to raise our concerns with the authorities but nothing has materialized. If we don’t pay up, the Council employs debt collectors, and scores of residents have lost their assets.” Kazembe adds: “This is actually robbery.”

So Kazembe founded Chegutu Residents Trust, a nonprofit that represents the water-deprived residents of Chegutu. He has been a strong advocate in demanding that the Council provide safe and clean water. Needless to say, that has not made him the most popular citizen with the local government. He has been interrogated at the police station and even forced to sign a “warned and caution” statement: “The police were eager to understand why (Chegutu Residents Trust) was mobilizing residents against the town Council, and I was threatened with arrest if I continued . . ..”

And the Council? Well, Council management has been awarding itself huge salaries and other benefits. The Town Clerk makes $8,000 a month. Top managers receive new vehicles each year. Still, they apparently cannot afford to fix the water situation, whether it’s a matter of replacing age-old pipes or seeing to it that clean water otherwise reaches Chegutu homes. But then, maybe it’s just a matter of communication: Minister Ignatius Chombo said, “I haven’t heard about the issue but will look into the issue soon.”

Kazembe has been somewhat successful; his encouragement of people to resist payment of water fees has resulted in water supplies being delivered to some parts of the town. But he has a long way to go. Residents are still spending large parts of the day to travel long distances with wheelbarrows, which they load with tins of water. Still, he is determined to carry out his mission regardess of threats by the council or the police: “I will not be deterred in carrying out my duty of representing the residents.”